Chowdene has a rich history of faith.

John Wesley visited the area several times during his ministry.

“The same flame was kindled in Gateshead Fell, while I was opening and applying these words, ‘Everyone that hath this hope in Him, purifieth himself even as he is pure.” Wesley’s Journal, 19th May, 1761.

“About three I preached at Gateshead Fell; about 5 at Garth Heads; at each place to a larger congregation than I ever saw there before. What a change is wrought in this whole country! And will it not be wrought in the whole country!” Wesley’s Journal, 14th June, 1761.

The earliest reference to the PM’s meeting in Low Fell, is recorded in 1824 when it was noted that the meeting house was to be demolished. It seems the work was then allowed to diminish until 1865 when the Society were given permission to rent the Methodist New Connexion Chapel (Bethany) in the village, whenever it was available. Within two years, regular services were being held along with other events from fruit banquets to coffee suppers.

The New Connexion were loathe to spend any money on the Bethany chapel and by 1875 the building was becoming unsafe. Spurred on by this, the members of the PM Society formed a Trust and purchased land further north into the village. Foundation stones for the chapel and schools were laid on 25 September 1880 and the building opened for worship the following year. (There is a mention in the Primitive Methodist magazine of November 1880 (page 702) of the laying of memorial stones in the building of Low Fell chapel, Gateshead. )

It cost £658 towards which they had raised £312. There was a couple of vestries together with provision for a schoolroom at a later date.

By 1925, the north wall of the chapel was causing a lot of problems and major improvements were carried out. In addition, a vestry and WC’s were built on to the back of the chapel.

In the 1930s, the chapel was re-named “Chowdene Methodist Church” and moved into the Gateshead East Circuit. At this time there were 70 members. The chapel survived WWII unharmed by its use as an ARP station and saw its membership rise to 124. The Sunday School reported extreme over-crowding as a result of many “country” children attending.

In 1946, the north wall was again causing problems to the structure and resulted in the chapel being closed for 18 months whilst the main roof trusses were replaced and the wall – which was collapsing – repaired. Re-opened on 17 January 1948, the chapel took on a new life with capacity gatherings of most events and services. The Women’s Fellowship meeting numbered over 120 members and recorded a 78rpm record in 1950.

By 1965, faced with growing debts, dwindling resources and members leaving, the Trust recommended that the chapel should be closed and the members transfer to Wesley Memorial Church (ex WM). Extensive dry rot had been discovered in the chapel, schoolroom and kitchen and this greatly affected the amount of money that could be got for the premises which were eventually sold for £3,000, including fixtures and fittings, to the Open Brethren. 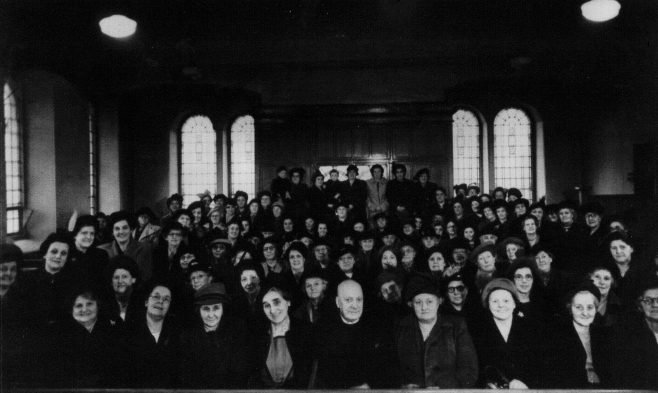 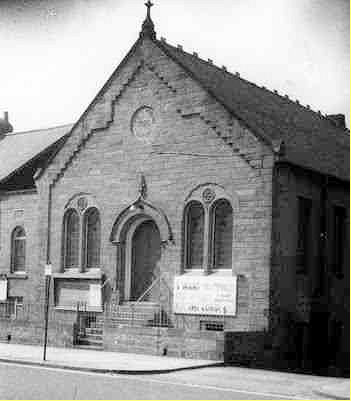